Higher Education: Is it a Big Joke? 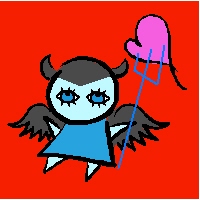 I've been diagnosed with a pretty serious illness recently so my words are going to be a more raw than usual.  In other words, I don't care if your feelings are hurt, I come with the TRUTH!

Today, my rant subject is Santa Monica College.  Yes, #1 in transfers to UCLA, close to the beach,blah,blah,blah. Right now, I have a love and hate relationship with them but am hoping that I can walk in the Winter ceremonies after my surgery.

Okay, while they have been very helpful in my being able to survive the recession by offering many online business classes for credit, they have been hellish as my time draws to a close.

Financial Aid. They encourage that people apply, even if they work full-time and are not considered in need.  Well, I've put it to good use in the past year but it came with a price.  For one, they never answer their phone.  The email messages are generic or vague.  The only resolution is going down there during business hours.  While the counter people have been mostly polite, I have been misinformed...big time.  When I called them on this (a check was not being released for zero reason because I'd already started classes), their boss cut me off and tried to send me on my way.  Sorry but this old chick doesn't play that.  I told her in my nicest voice that if I could not speak to the Dean, I was going straight to administration.  She changed her tune but when the check I was issued, it had some damn laser dot that prevented mobile bank deposit.  Oh well.

Now, they insist on getting transcripts for every school I have attended. Even if I did not apply for Financial Aid, which is the case with me.  Thing is that we're talking more than 10 yrs. ago, even 25+ years.  I look good and most days, I feel good but my ass is OLD!  So I'm drafting a letter to administration to find out how this can be expedited.

Finally, there are the instructors.  While one can expect to not agree with everything that is said, especially if a person has recent industry experience or just a strong opinion.  It happens and I just move on.  However, yesterday was a new experience that probably would have scared me from attending college as a kid.

There was a media class that I thought had to do more with writing but really emphasized video production.  I stuck around on the first day to find out more since traffic is no joke over there.  The instructor's great claim to fame was working with Shelley Long (guess Kirstie Alley, Loni Anderson and Joyce DeWitt were busy).  She chastised the hell out of everyone who came late (and I have to say that every incident did enforce the "CP time" stereotype).

Then she showed us her works.  Dull, blurred, bad audio until she got to a short about a couple making out on a beach.  Everything is predictable until the Big Muscular Shirtless Black Guy shows up.

Yep, you guessed it.  The guy kicks Meg to the sand and does the tongue dance with mystery dude on the beach who may have gotten out of Twin Towers the week before.

Now before you get PC on me, I am pretty much related to every gay Black male in the SoCal area and I also lost a friend to DL behavior.  Though I don't know the details of the latter, I can say that men who hide their true feelings and choose to live a double life kill the community big time.  Women should not have to wonder if their man likes to what-what in the butt and men should not feel the need to hook up with a random man.  Ask anyone, the results of this type of scenario is mostly fatal and I felt the instructor was highly irresponsible in displaying this as a way to show off her "hipness".

So thank goodness my other instructors (Coplen and Haig) are cool and about business.  However, I think I will go to LACC next year or consult the library about scriptwriting for videos.
Posted by J.Swindell at 10:10 AM